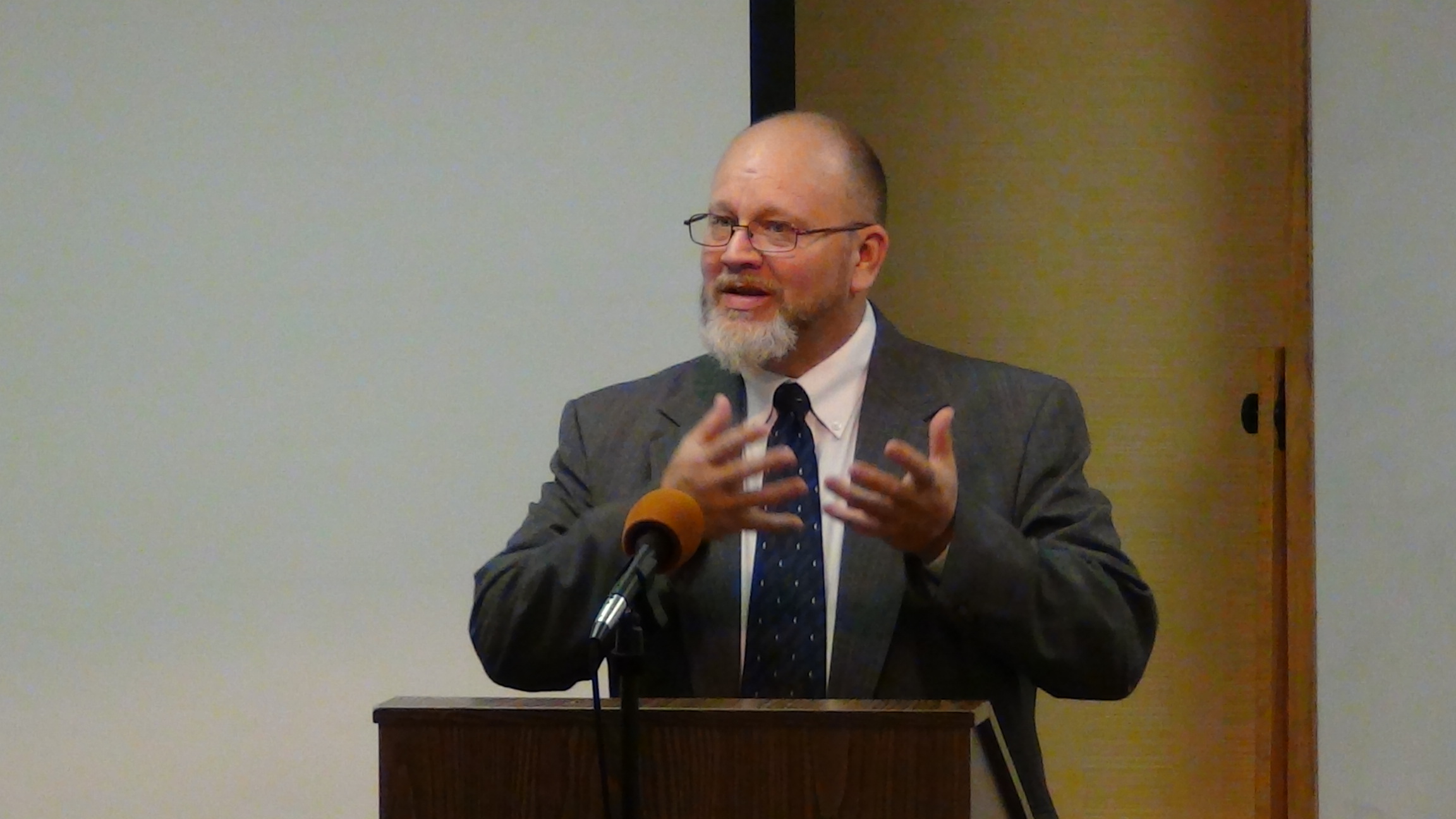 Pastor Joel Laswell was born in Tippecanoe County Indiana to blue collar parents, who ingrained in him an exhaustive work ethic and the Golden Rule. He was encouraged by his parents to always do his best and that he could accomplish anything he set his mind to. Work, family and God was the order of his father while growing up. His early life was a very active and diverse one as he participated in clubs, sports and especially Boy scouts--earning its highest honor, Eagle Scout. This diversity has served him well and produced in him a well rounded character and ability to forge relationships with people from all walks of life. He attended Purdue University in the School of Engineering Technology and spent over thirty-five years in Commercial and Residential maintenance management and trades. His life and work experiences prepared him for his greatest job.

"My generation and those I grew up with never knew a party we did not like. Knowing the Golden Rule is one thing, having it change one's heart is another. Because of this social norm I became addicted to alcohol and it almost cost me my life on a few occasions. The last one made me really ponder how I had survived! I was being wooed by God's Holy Spirit and didn't realize it at the time."

Pastor Joel was first introduced to Jesus by his brother in the fall of 1984. A history buff, he was directed by his brother to the book of Daniel the prophet and as he studied he began to see that parts of human history fulfilled Bible prophecy--meaning there was indeed a power that controled human events. Pastor Joel was shown that there is indeed a God that rules the heavens and the earth! "I remember distictly sitting at a bar--I remember the place and who was with me but not the time--and explaining the meaning of the prophecies of Daniel I had learned and about the Law of God, especially the true Sabbath day, that it is the seventh day and not the first day. I had the entire bar and bartenders around me and listening to every word as we drank. I ended my "sermon" by saying that there is indeed a God that judges us all. One patron who sat by himself at the bar not drinking but listening, who no one remembered coming in and looked a bit strange to us--he was out of place by the way he appeared, nobel bearing and chiseled yet feminine face--looked right at me and it seemed into my very soul and asked me, if you believe all of what you have said then why are you here? That hit me to my core. To this day I believe that the person was an angel sent from God for it saved me from my road to hell."

Joel was baptized in April of 1985. He met his wife, Debbie, the first day he attended church and they were married in 1987 and have three wonderful children, and three grandchildren. He was called into the Gospel Ministry on June 19th, 1998 and currently serves as Pastor for the Three Angels Sabbath-day Church. Besides being an author, he is also the Speaker/Director of Eternal Truth Ministries, the host of The Bible Only Television program and hosts Eternal Truth Radio. He enjoys being in nature and hiking with his wife Debbie, gardening, camping and spending time with family and friends.